I know it’s been a long while since I posted anything. Just wanted to tip you off to a song I came across by Troye Sivan called, “Wild.” And no, I don’t mean the version that has been out since his record release. I’m talking about the re-worked one with Alessia Cara, you know, the Wild Things Are singer. She accompanies Troye on this version of “Wild.” I don’t know exactly what is Alessia’s obsession with wild things are, but I really think this is a great pop song for the summer. It’s got a rich melody and people chant singing in the background throughout the song. Although it’s not known if the “people” are just dubs of Alessia’s voice, I don’t really care. You KNOW when there’s chant singing, it’s going to be a good time. Take a listen and enjoy it. I certainly did. If the wild things are where Troye and Alessia are, then sign me up. Should be pretty righteous.

PS. I’m waiting for someone to mash up “Wild” with Tegan and Sara’s “Drove Me Wild.” Pretty much a no brainer.

I’ve said there seems to be a lack of true r&b and soul music in this day and age. But there is one artist that disputes my theory – Lianne La Havas. I had the pleasure of seeing her live at the 9:30 Club in Washington, D.C. She’s a London born talent, with more talent in her little finger than many of the pop stars who call themselves singers today. She put on a perfectly smooth show, making quick and easy transitions from song to song. She’s on tour to promote her new album, “Blood.” She performed songs from that album, as well as her debut album, “Is Your Love Big Enough?” She’s a guitarist, an arranger, a songwriter, and quite the vocalist. She combines soul and a little bit of folk and thew in a LOT of her heart to make for a beautiful show hour plus show. Here is a clip of one of my favorite songs, Au Cinema. I suggest you listen to her two albums, and catch her while you can. You won’t be disappointed. Standouts include, “Unstoppable,” “Au Cinema,” “IYLBE,” “Forget,” and “What You Don’t Do.” Her voice is heaven. Her presence is commanding. It was a beautiful night, full of beautiful music. 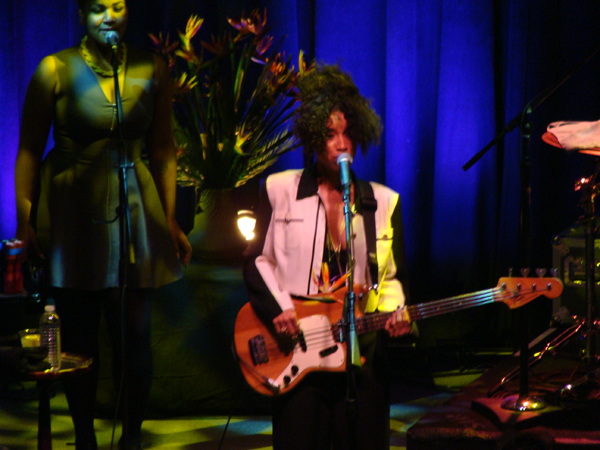 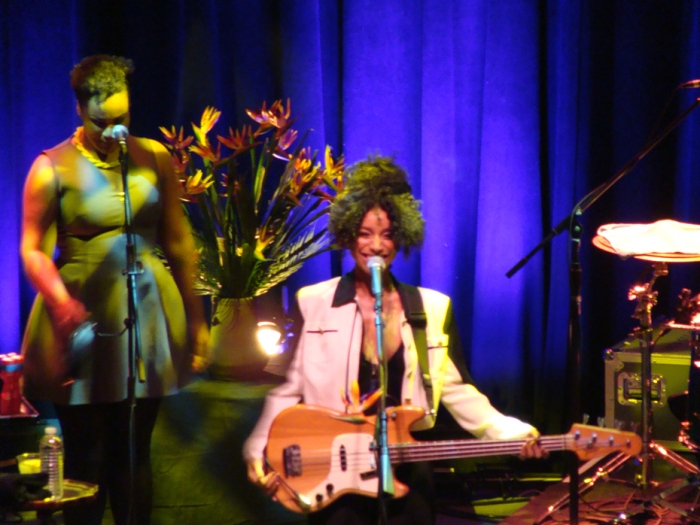 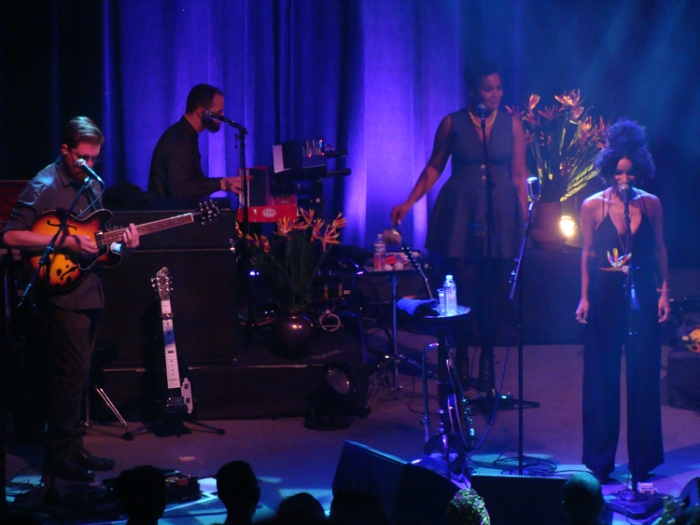 Here’s another show for you. New stuff, not so new, but probably new to you. I hope it sounds as good to you as it did to me as I made it. Enjoy.

Welcome to another round of randomness my fellow earbuds. It’s a cosmic slop mix as usual but I hope you enjoy it. There were a few I even forgot about until I was searching through potential songs to play. Anyhooters, sit back, open a cold one, drink a warm one – whatever floats your battleship – and enjoy it. 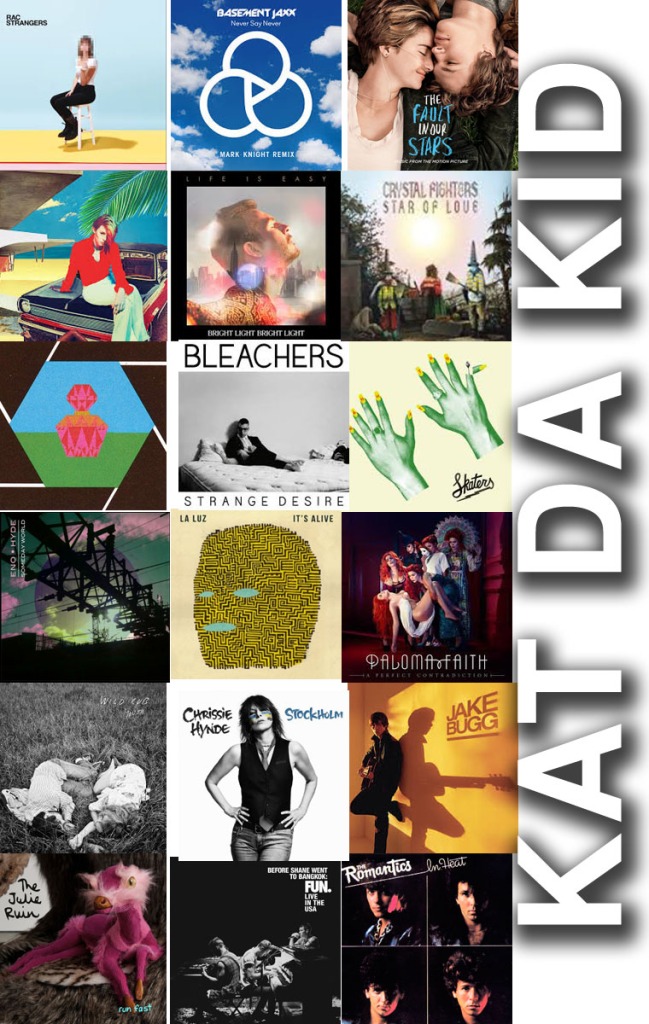 Ready For It – RAC

You’re the One – Chrissie Hynde

What Doesn’t Kill You – Jake Bugg

Kids In NY – The Julie Ruin

Talking In Your Sleep – The Romantics

I love R.E.M. I’m not going to lie. I do. They’ve gotten me through so much in my life. I always said if I met Michael Stipe, I would cry like a little baby. To try and summarize how much this band means to me would take really way too long. I am still heartbroken at the fact that they broke up. Although I completely understand why they disbanded (different obligations and they got older), I felt like they had so much more to give their fans.

And then this happened:

When I read they were going to release these rarities the 12 year old me was as giddy as a school girl. I am so glad that REM enthusiasts like myself can complete our collection of rare gems. There’s usually a reason why songs don’t make albums – that being they’re not the greatest – but if you’re really a true fan of a band, you’re still going to invest in whatever they release just so you have it. While R.E.M. has an I.R.S. rarity set, which contains unreleased material while they were on I.R.S. Records back in the day, this one is from their duration at Warner Bros. Records.

I don’t know about you, but I’m going to invest in this ASAP.
Follow @joelygabs 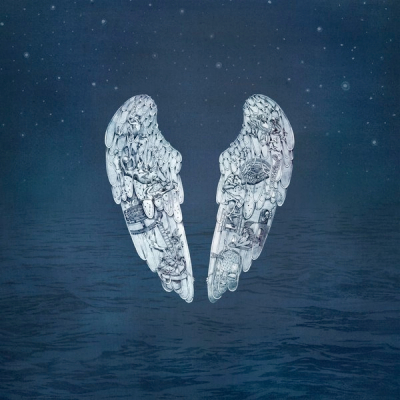 I admit. I’m a Coldplay fan. In doses, but I do like them. Do I love them? No. Do I think they’re going to save music? Of course not. But I guarantee when I hear Yellow or Fix You on the radio, I do sing along. Can’t help it. The tracks are catchy. And Chris Martin knows how to write a good radio song. Their last album wasn’t the greatest to me but that’s just me. So when I heard Ghost Stories was going to be released I had hopes this was going to be better than the last. What I got was a diary it seems into Chris Martin’s life and his feelings towards his impending divorce with Gwyneth Paltrow. All of Coldplay’s albums are reflections of what is going on with band members’ lives at the time. But this album overall has a sense of sadness and regret. The funny thing about the album is that he never really sounds convincing vocally. You usually hear emotion in voices when they sing about their issues in their lives. But his voice just remained constant for the most part.

Most of the songs on this album are either mid tempo or just plain slow. I would play this album if I’m having problems sleeping but if I’m just relaxing this isn’t the music to listen to. It IS the album to listen to after a breakup – preferably huddled in the fetal position with a box of kleenex beside you.  He loves the love of his life (presuming it’s Paltrow) and he misses her and remembers the good in the relationship.  In the beginning he is obsessed with her and she’s always in his thoughts, as stated in “Always in My Head.”  But by the end of the album, on a song called “O” he is reflective and wishes to fly with the former love at some point. I take it he’s saying maybe after time they will find each other again.

I won’t go into each song as I thought about doing because I didn’t want to interpret completely the whole work. There is only ONE real fast song that doesn’t fit the overall theme of the album. “A Sky Full of Stars” is a beautiful dance song. It is. I’m sure it will be remixed countless times. The point of the song is that his love is so bright, she could light up the sky. Again, Martin, you know how to write a good song. You won’t be single for too long.

My particular favorite song is “Magic.” It’s an r&b song. It’s comprised of a sparse beat and easy going lyrics. No interpretation needed. It’s a winner. A no brainer. And I hope this song makes the album a success.

Overall, it’s an ok album. The music itself is gorgeous arrangement wise. And I do believe if you listen to it enough you will finally see the light after a breakup. It’s a therapy headphone record. Better than the Mylo album. But not as good as Viva La Vida.