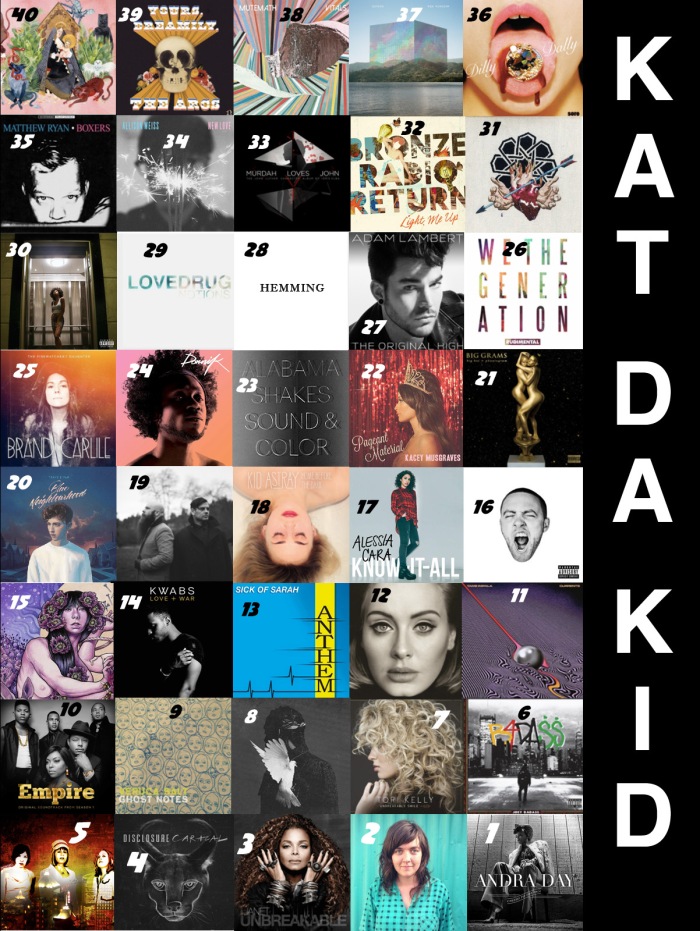 The one thing I took away from music in 2015 was that this seemed to be the year for women in music. We were everywhere – whether fronting bands, or as solo acts. I think out of all the times I listened to podcasts or to radio, I heard a woman’s voice singing probably 7 times out of ten. I can say that’s huge. Growing up I didn’t hear a tremendous amount of women in music. It seemed like radio didn’t allow more than one woman singing every 5 to 7 years (Janet, Mariah, and Alanis being the standouts of female singers for me growing up). So to hear a variety of musicians singing different varieties of music garner attention – well – it’s pretty freaking fantastic.

Coming up with a list is always a challenge or me. I listen to and crave an abundant amount of music – probably more so on the verge of an addiction – and trying to compile a list of my favorite music is down right difficult. But starting on December 1st, I started going through my ipod and hard drives, finding music I thoroughly enjoyed throughout the year. Some of these artists made the list not so much because of their voices, but because of the production. Some of the artists made it because of melodies an of course, their voices. Songwriting plays a key too. If a song can make me think about my outlook on life and things around me, then it’s a winner in my book. I won’t give you a summarization by each album on most of these. Just trust me when I say these albums mattered. And I hope I open some eyes to artists you might not have heard of this year. So. Here we go. Oh and with the exception of the top 10, these albums are not in any particular order.

32. Bronze Radio Return – Light Me Up

26. Rudimental – We the Generation

5. Sleater-Kinney – No Cities to Love – Reunion of the year

3. Janet Jackson – Unbreakable – Comeback of the year. The true Janet fans have wanted an album like this for years on end. Working again with original hitmakers, Jimmy Jam and Terry Lewis has proved that “if it ain’t broke don’t fix it.” Well done Janet.

2. Courtney Barnett – Sometimes I Sit and Think, and Sometimes I Just Sit – Thought provoking lyrics and loud guitars. I can’t tell you how much I enjoyed this one.

1. Andra Day – Cheers to the Fall – SINGER OF THE YEAR. This woman’s voice completely blew me away. She’s old school and she doesn’t sing in runs like most of the vocalists you hear in music today (Yes, I’m pointing to you Beyonce’). This album has a 50s and 60s throwback sound, I’m not going to lie. So it really doesn’t fit in with what you hear today. And it’s also why I love it. You might have seen Andra in the Apple Music commercial with Stevie Wonder, singing his Christmas hit. But once you hear her, you never forget her. Truly a treasure.

Lizzo – Big Grrrl Small World. – Rapper. Singer. She does it all. And she’s no size 2. We need more people like her in the music business. She’s excellent. 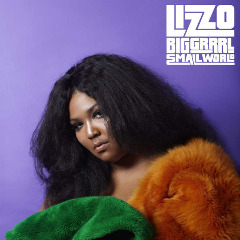 I’m back with another one right before the end of the year. I don’t know if I’ll make another year ender podcast, but stay tuned for my favorite 30 albums of 2015 post. It’s a doozy.. Until then, enjoy this show of dance, shakin’, and lovin’…